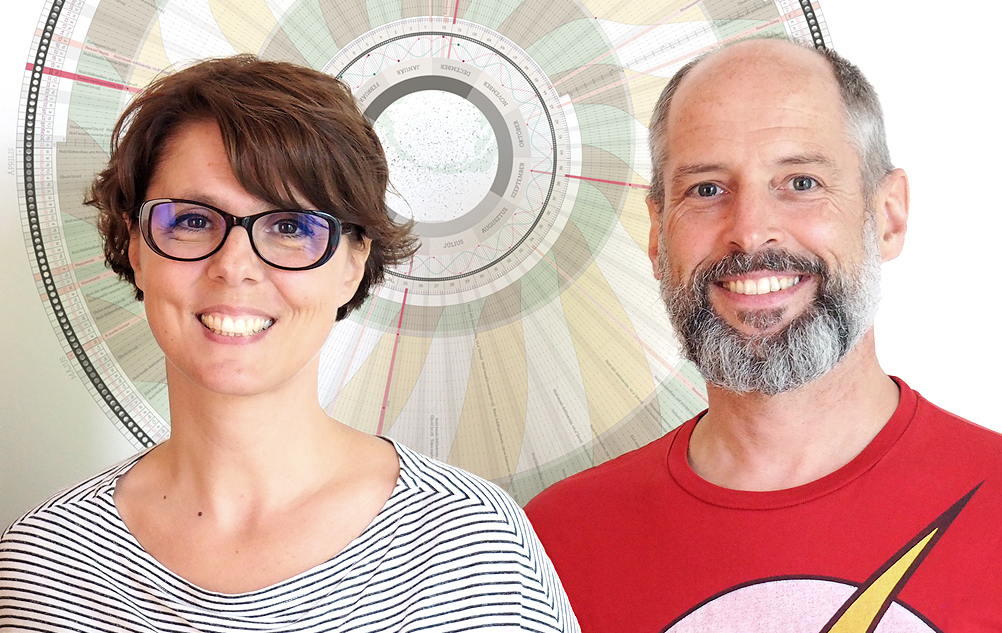 ‘I conducted a survey some years ago on how people see a year. It turned out that almost everyone saw it linearly. It seemed that it was cyclical only in my head, that is I saw it in a unique way. The Moon has fascinated me since I was a child. I wonder why it appears at different heights and in different sizes in different phases of its cycle. This curiosity led me to design the first Anaptár, the creation of which is a rather meticulous but loveable task for me.’

Anna designed her first Anaptár in 2009 and has come out with a new issue every year. 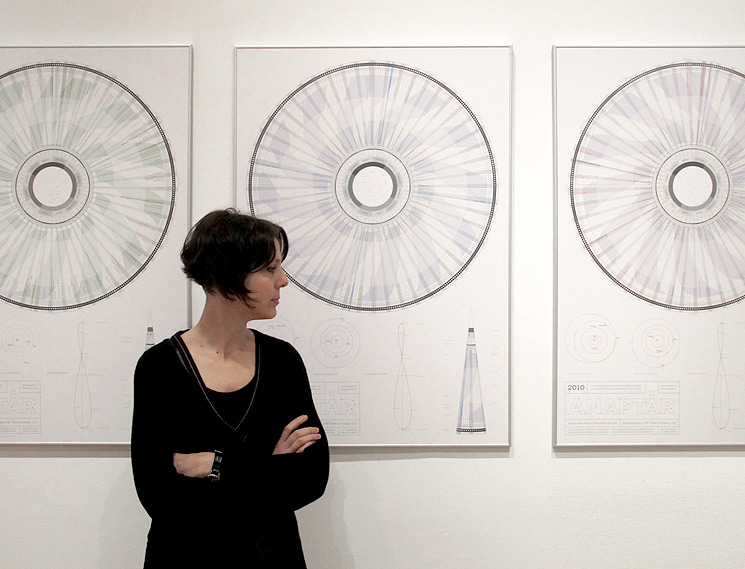 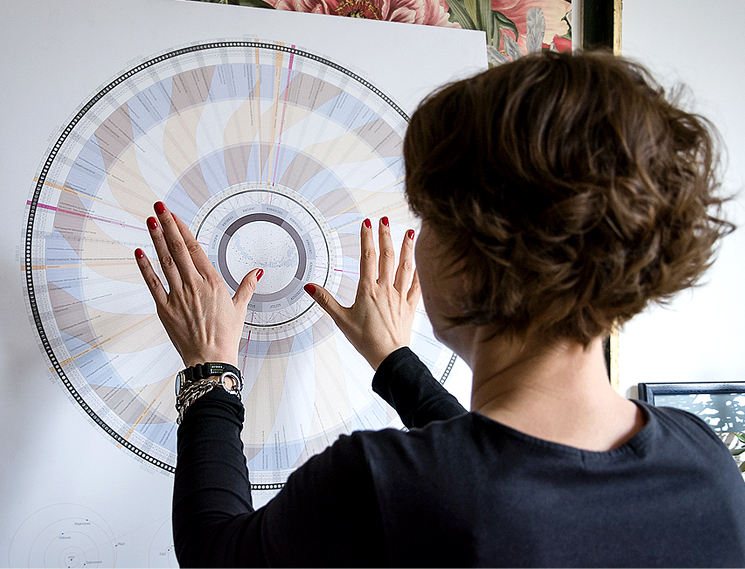 She founded her own brand Anagraphic in 1999. She mainly designs logos, emblems and brochures, but she has created complete graphic identities and packaging designs as well. She has created an original adaptation of Theory of Colours by Goethe, developed the basis of the new graphic identity of Zeneakadémia (Liszt Academy) and she is the designer of Starry Light lamp and its graphic presentation.

In 2006 she was one of the founders of the Society of Hungarian Graphic Designers and Typographers, and is still a member of its managing board. She has got several Hungarian and international awards for her works, she has won the Red Dot award twice, received TDC’s Certificate of Typographic Excellence three times, and Graphis Award six times. The american journal Communication Arts has given her the Award of Excellence five times. 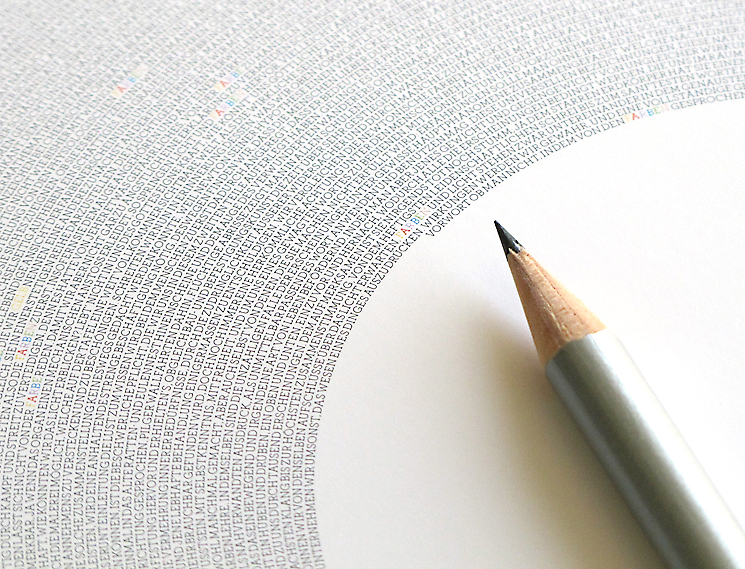 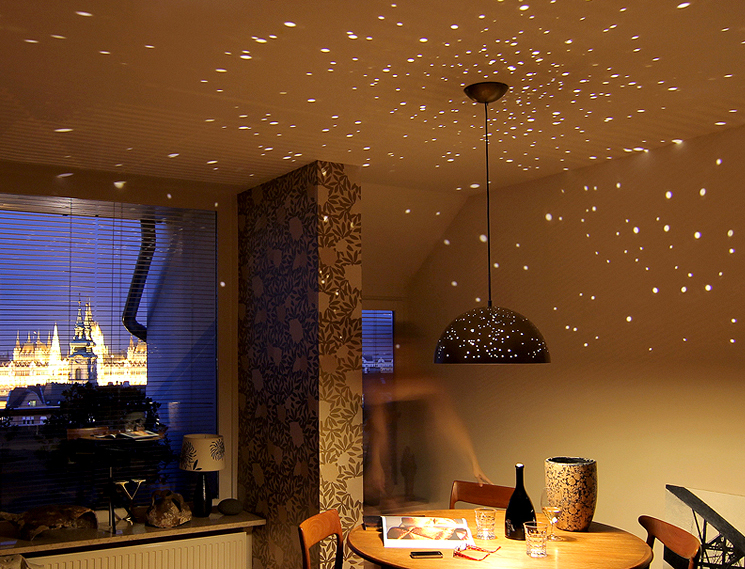 ‘Anaptár is not your
typical radial calendar’

‘It’s hanging on my office door now, and I kinda never want to take it down’

‘This scientific chart is a gorgeous alternative to a wall calendar’

‘So what are you waiting for? Believe me, this will be THE calendar’ 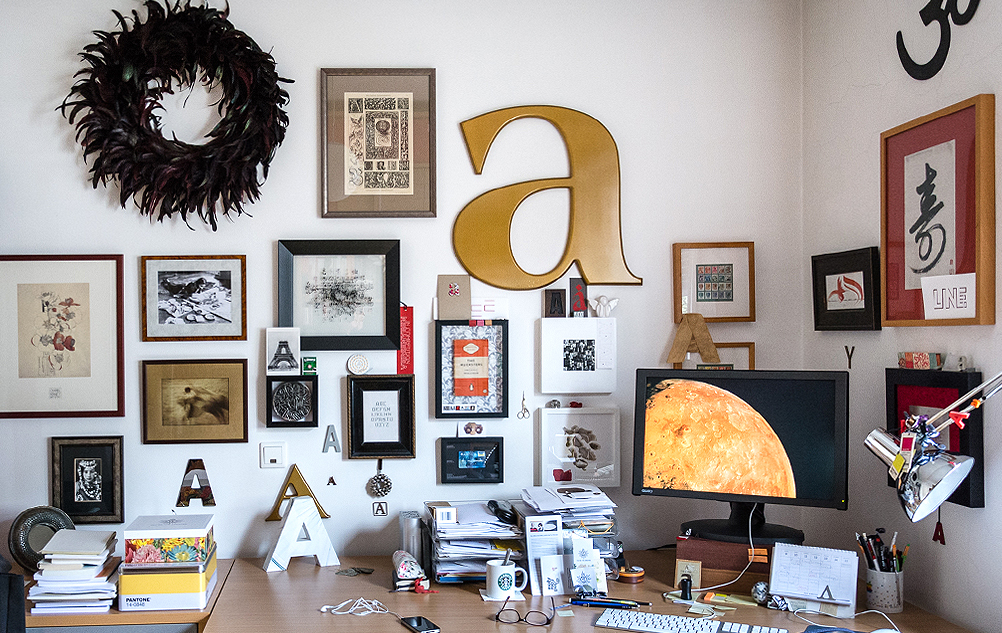 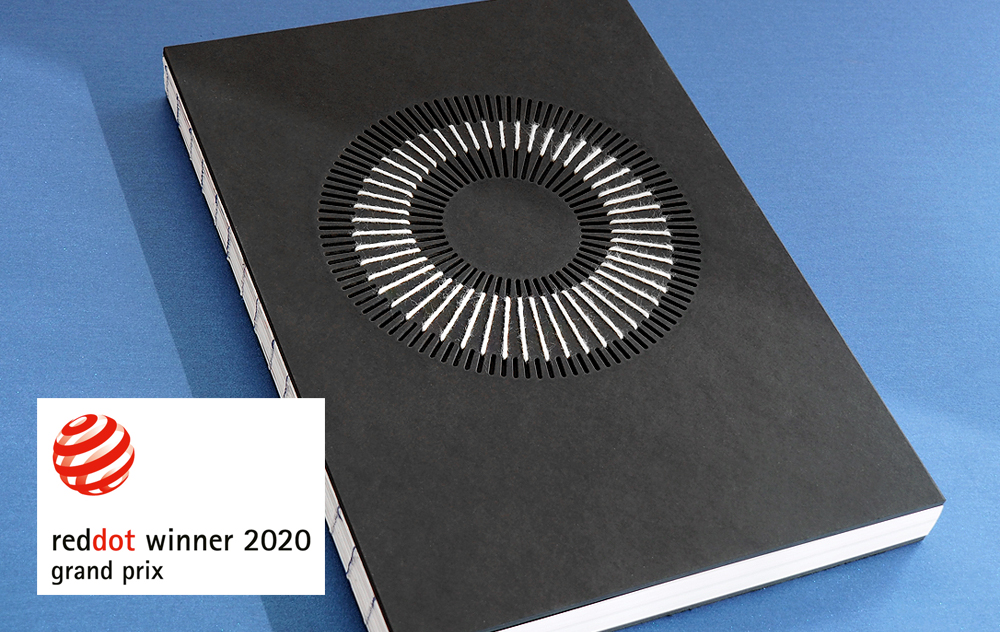 Anaptár, Intersection of Art and Science

Her doctoral thesis (DLA) started from the research related to the Anaptár and the experience acquired while producing the work series. The aim with the data visualization was to reveal additional scientific and artistic relationships. While writing she endeavoured to take an interdisciplinary approach, and coordinate the different instruments used for culture-history processing and the artistic work. Approaches linked to cultural anthropology received a key role in establishing the theoretical framework of the work.

‘My intention was in designing to approach the design and production of the cover of the publication using an unusual and unique perspective worthy of the heritage of the women astronomers mentioned in the thesis, thereby paying homage to the women scientists who laid down the foundations of our knowledge of the universe.’

Far side of the Moon

In the limelight there is an iconic lamp, the early masterwork of Wilhelm Wagenfeld, created in the metal workshop of the Weimar Bauhaus. Presented as a collaboration of the Maria and Walter Schnepel Cultural Foundation and the Kiscell Museum—Municipal Gallery, this 1924 lamp is reflected through the lenses of a bunch of prominent contemporary artists.
We were invited to participate with brand new lamp-rephrases for the occasion.

Converted prices are for reference only - all orders are charged in EUR.